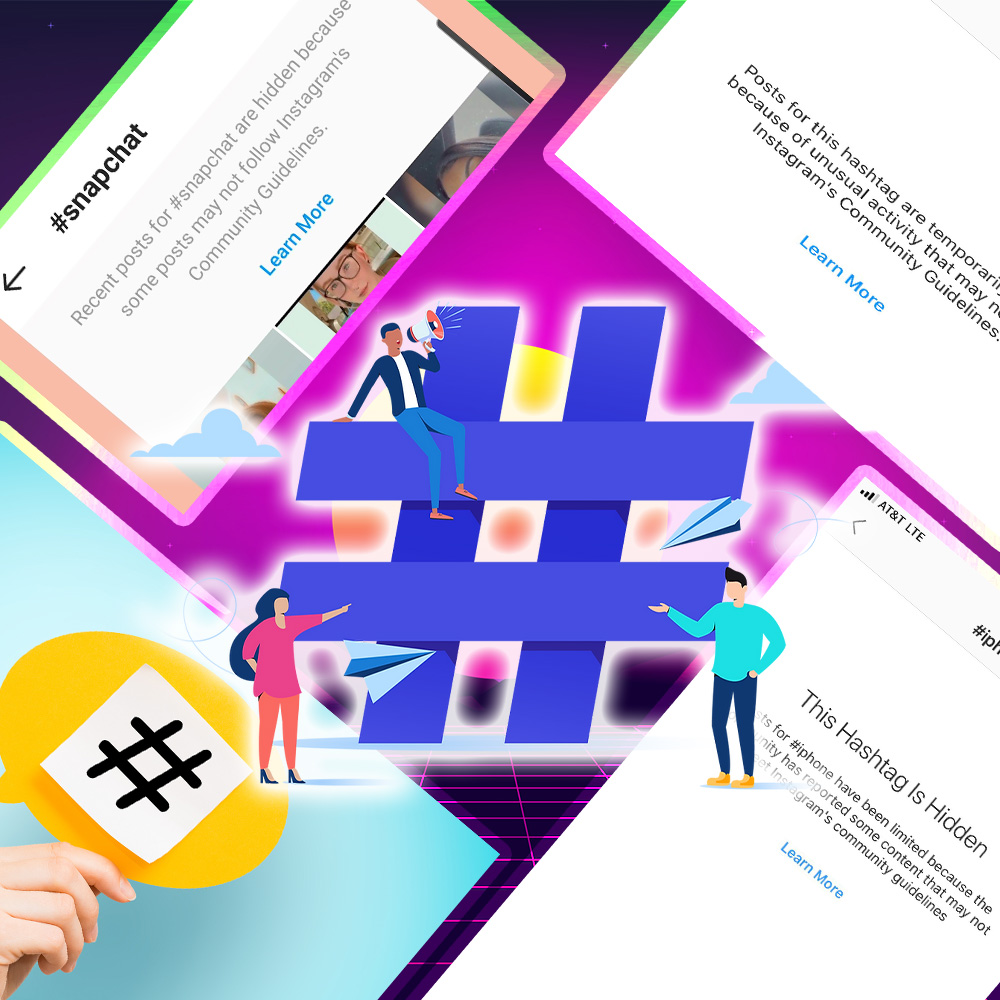 But there are a number of banned hashtags on Instagram that you should keep an eye on and avoid using them. Using these hashtags will always bring a negative impact on your Instagram growth.

You should know what happens when you use a banned hashtag and how to avoid using it along with the complete list of banned hashtags. We’ll explain and show you everything you need to know about them here.

But before that, let’s first learn what a banned hashtag really means.

What are banned hashtags?

The posts with Instagram-banned hashtags remain hidden from the viewers. However, if you use these banned hashtags on your posts, it may affect the overall organic reach of your account and its growth too.

These hashtags are mostly reported by users because they don’t meet Instagram’s community guidelines. As more users start reporting a post with the same hashtag, Instagram will investigate on why it’s getting reported often.

Then, if Instagram decides that the content with the particular hashtag may be harmful to the user end point safety, the hashtag is banned.

There are many banned hashtags on Instagram but they are not officially listed by Instagram. That is why we will be listing them in this post.

But let’s look at why Instagram really bans these hashtags first and why you must pay attention while posting your content with them.

Whereas, the remaining other hashtags are used by spam accounts or fake accounts by using too many hashtags with irrelevant content. They may be used by bots to increase the spam content on Instagram as well.

In the following list, you may also see some innocent hashtags that may not be considered for inappropriate use or spam content by bots. But still, the hashtag is banned and it’s for a similar reason.

Let us consider the hashtag usage of #kansas. Even though Kansas is just a name of the state or a city in the United State, this is one of the banned Instagram hashtags.

If you search for it on your Instagram explore page, it will show you the message that says “Recent posts for #kansas are hidden because some posts may not follow Instagram’s Community Guidelines”. 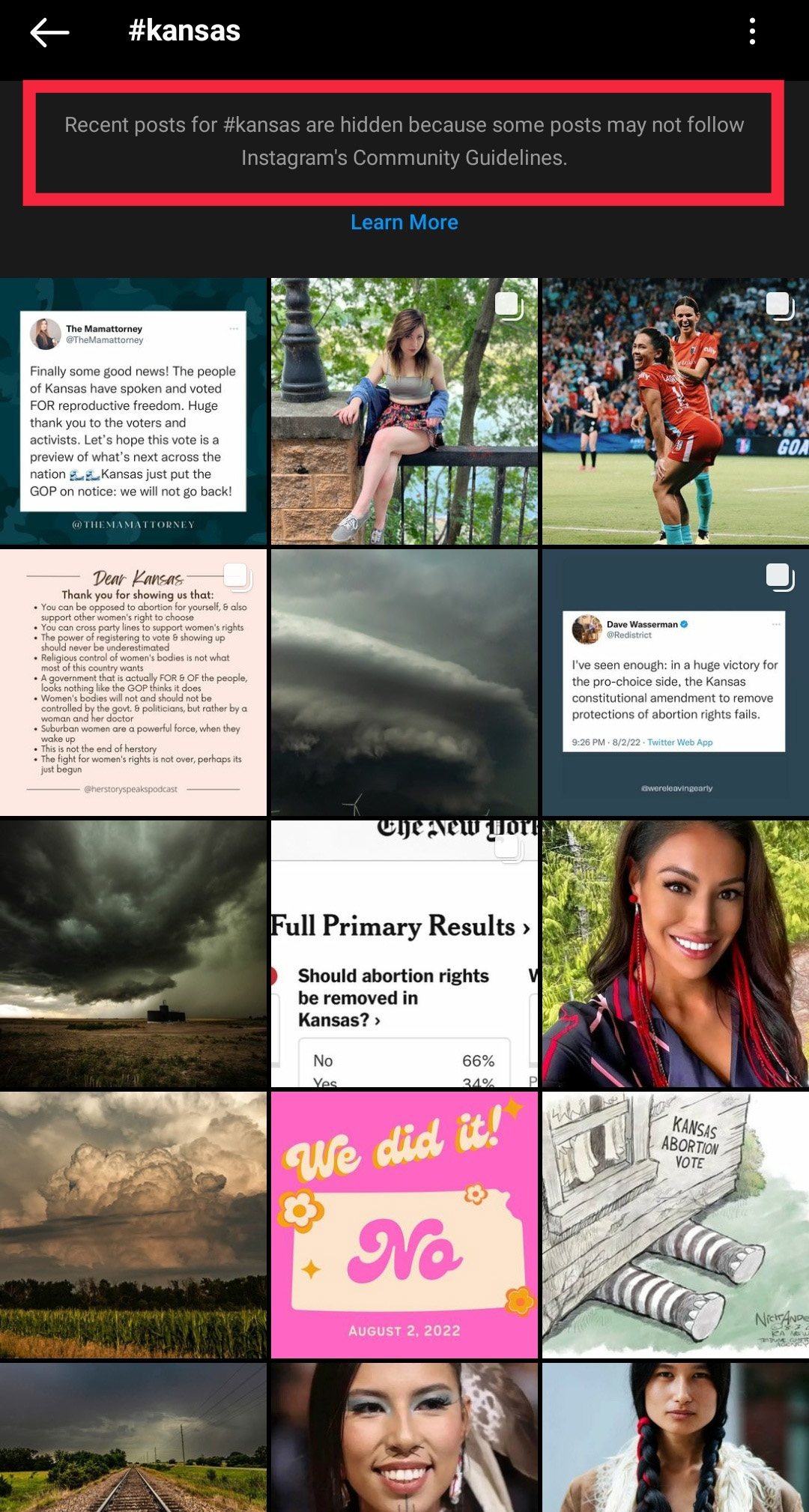 This is because one or more accounts used this particular hashtag to post inappropriate or not safe for work (NSFW) content as spam. Then, it was reported by a lot of users, which resulted in it being banned by Instagram.

However, the hashtag #kansascity is still one of the approved hashtags on Instagram if you want to add a post related to Kansas City. 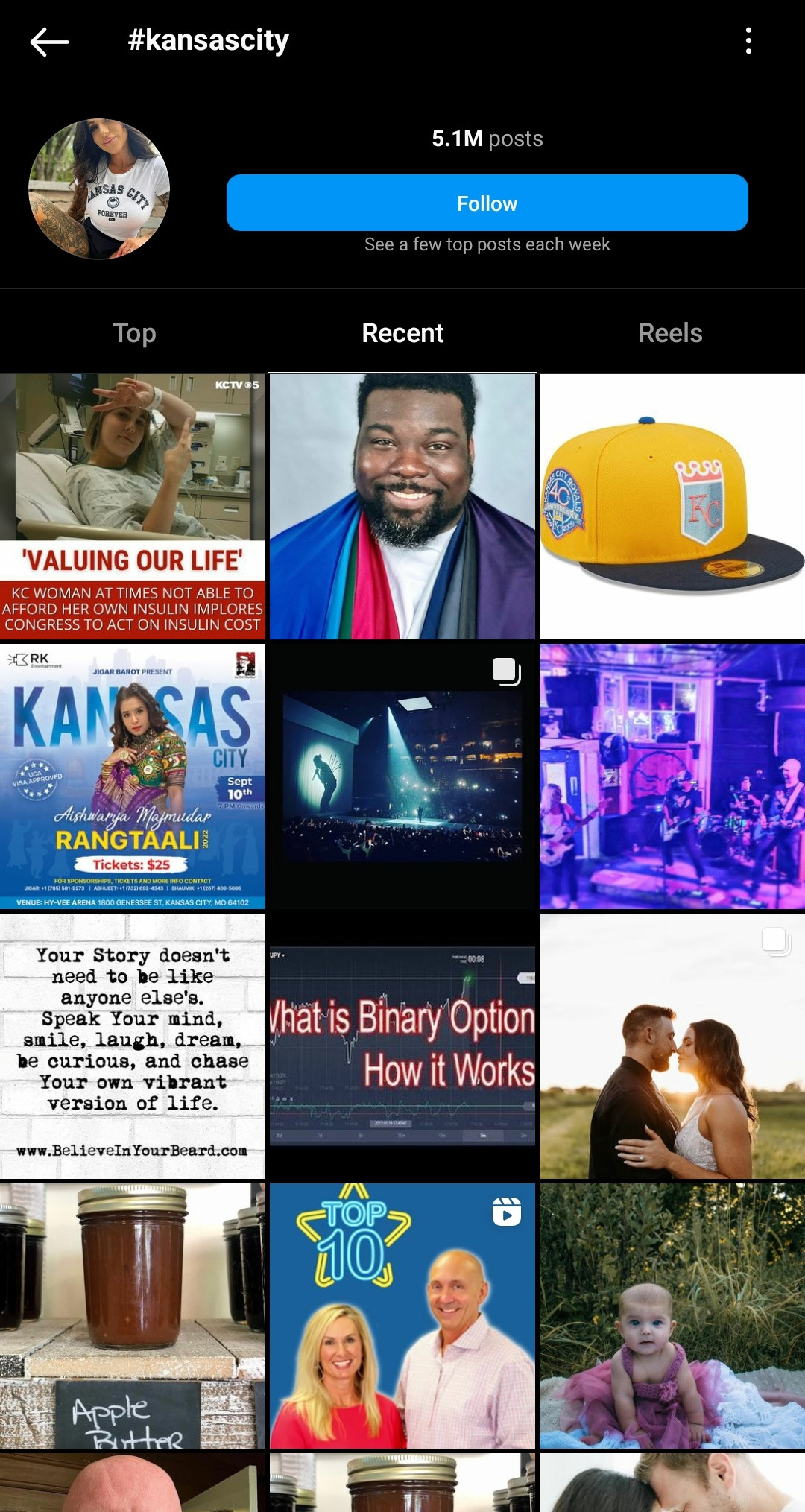 It’s a similar case with the hashtag #hardworkpaysoff too. Instagram considers this hashtag as a banned hashtag. 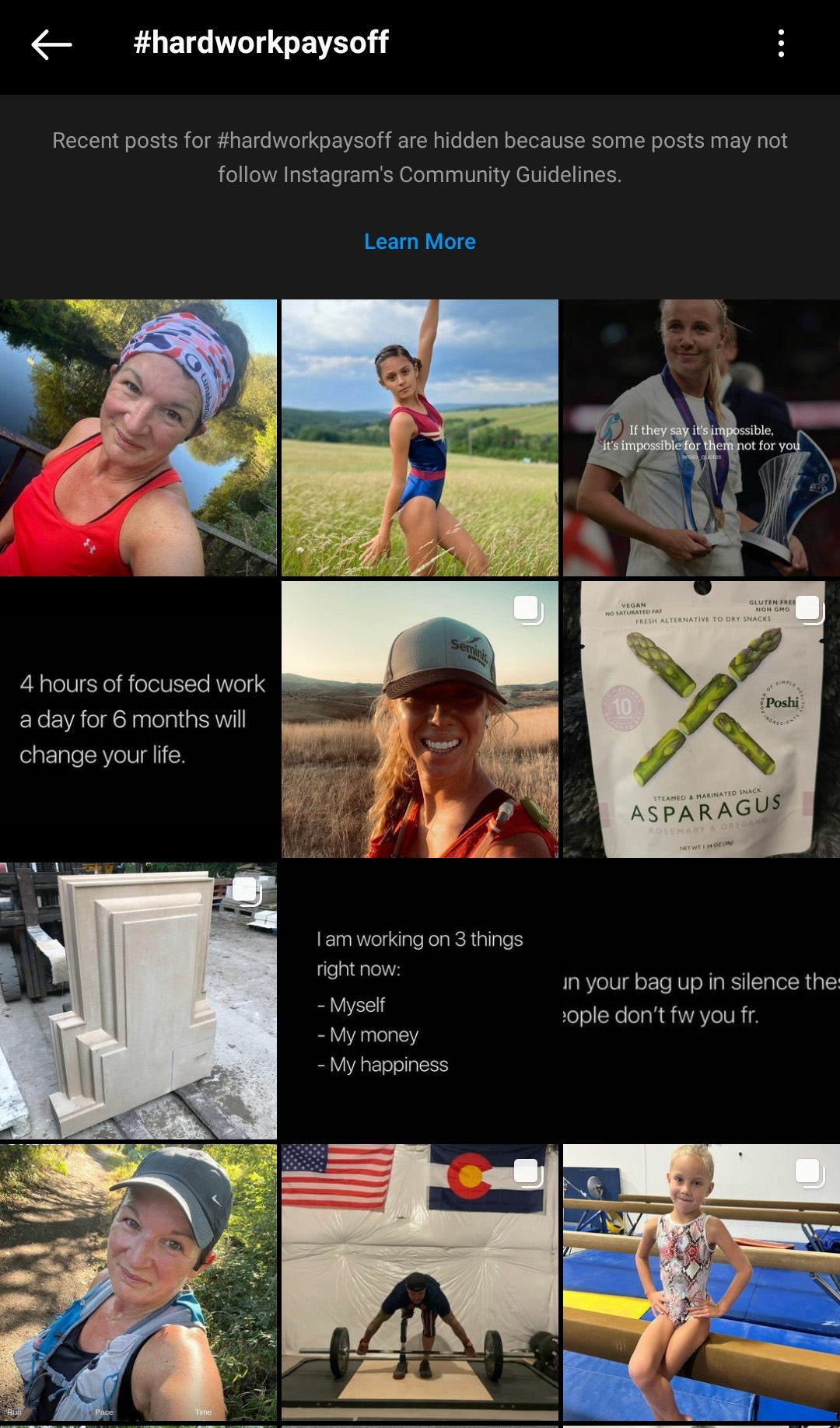 But if you add an emoji and search the hashtag as #hardworkpaysoff💪, there is no issue of it being a banned hashtag. 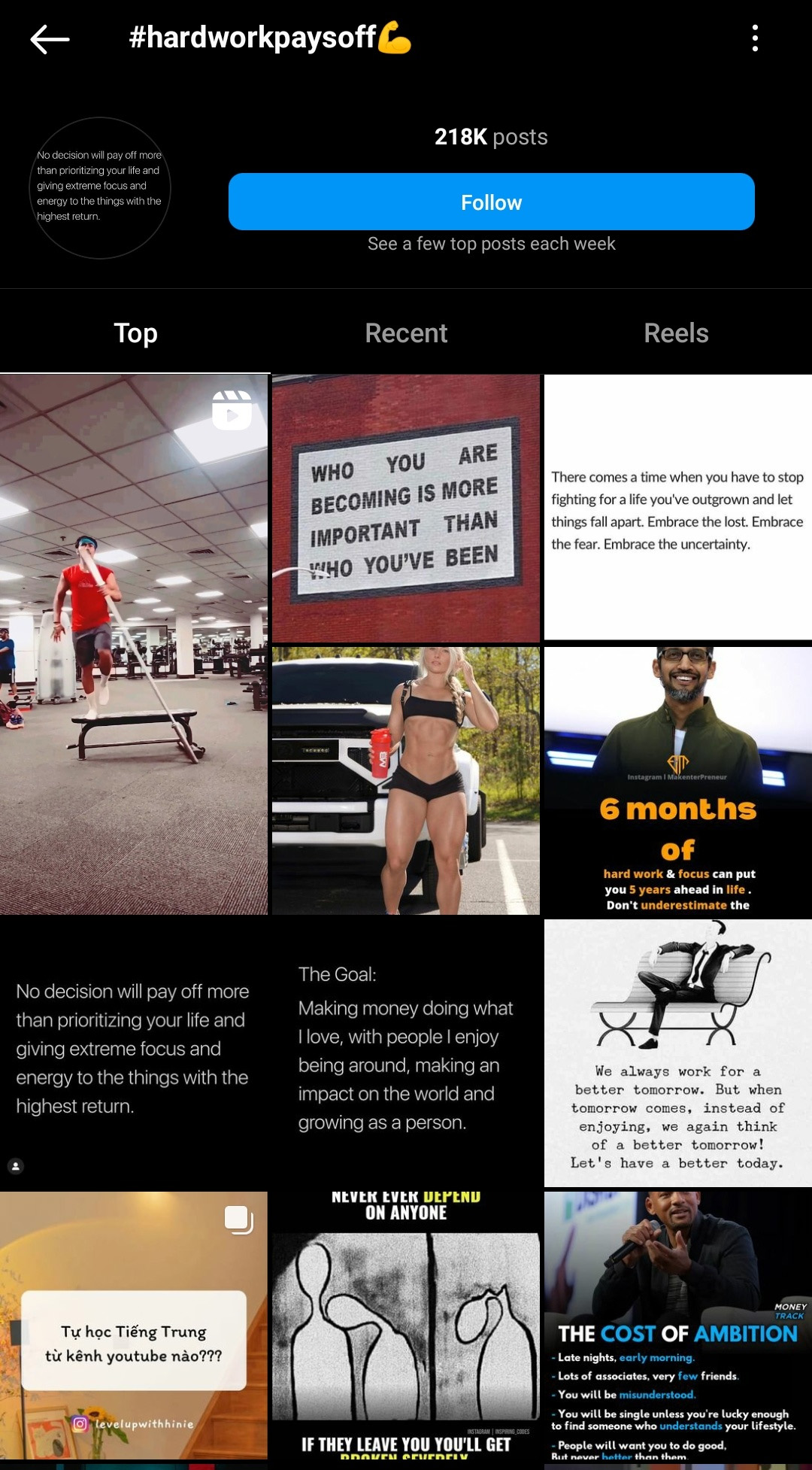 Although, some extremely offensive hashtags like #sexworker may be completely hidden on the search page as well. 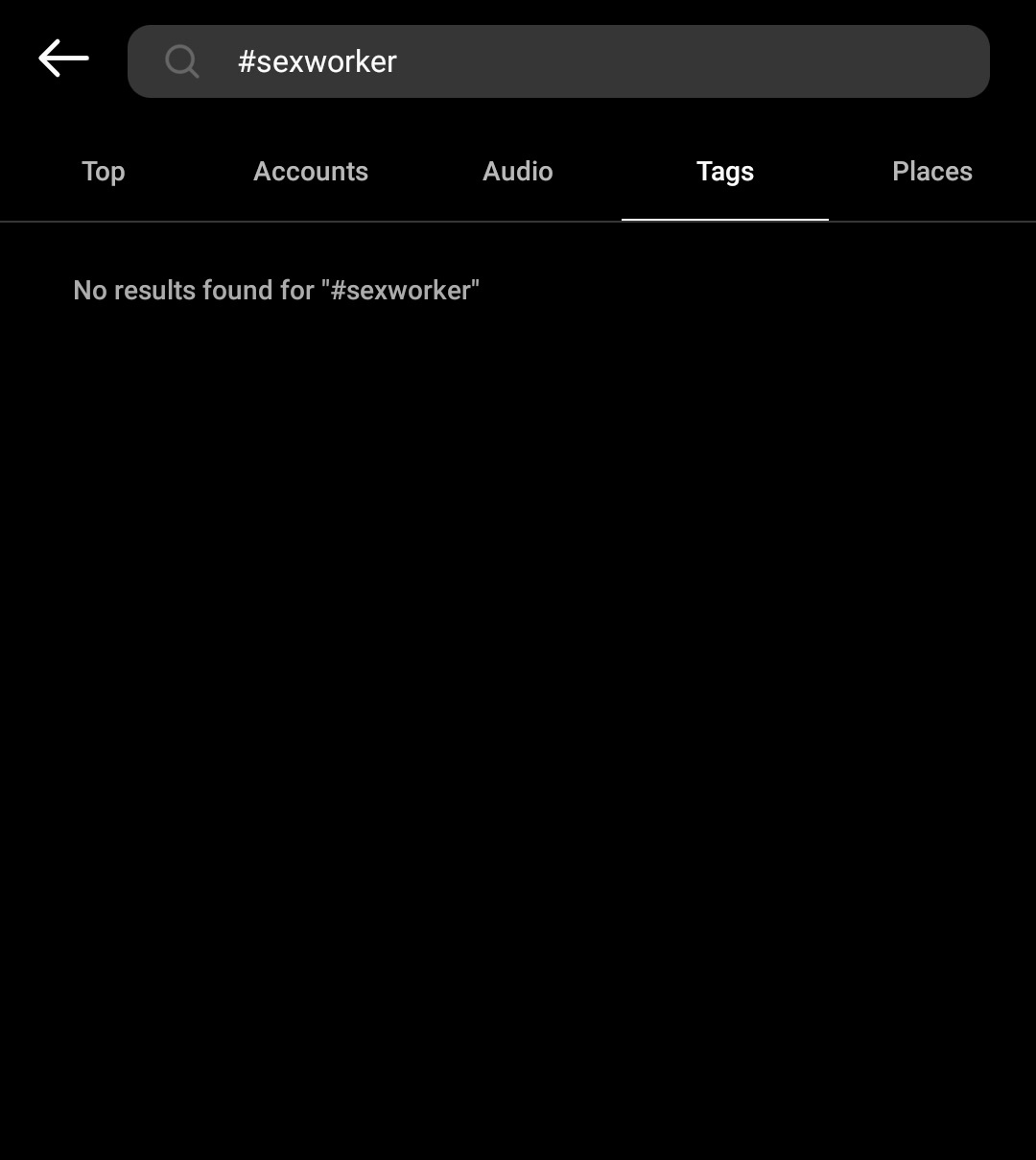 Some of the other reasons why Instagram bans hashtags are if the posts associated with the hashtags promote hate speech, organized crime, self-harm, sexual services, and so on.

For example, the tag #selfharm itself is considered one of the banned Instagram hashtags. But it’s a bit different than the other banned hashtags.

If you look up the #selfharm hashtag, it will ask you whether you want to contact the support even though you can choose to see the results anyway. This is because self-harm is a very sensitive incident and the people searching for this term may be in need of professional help. 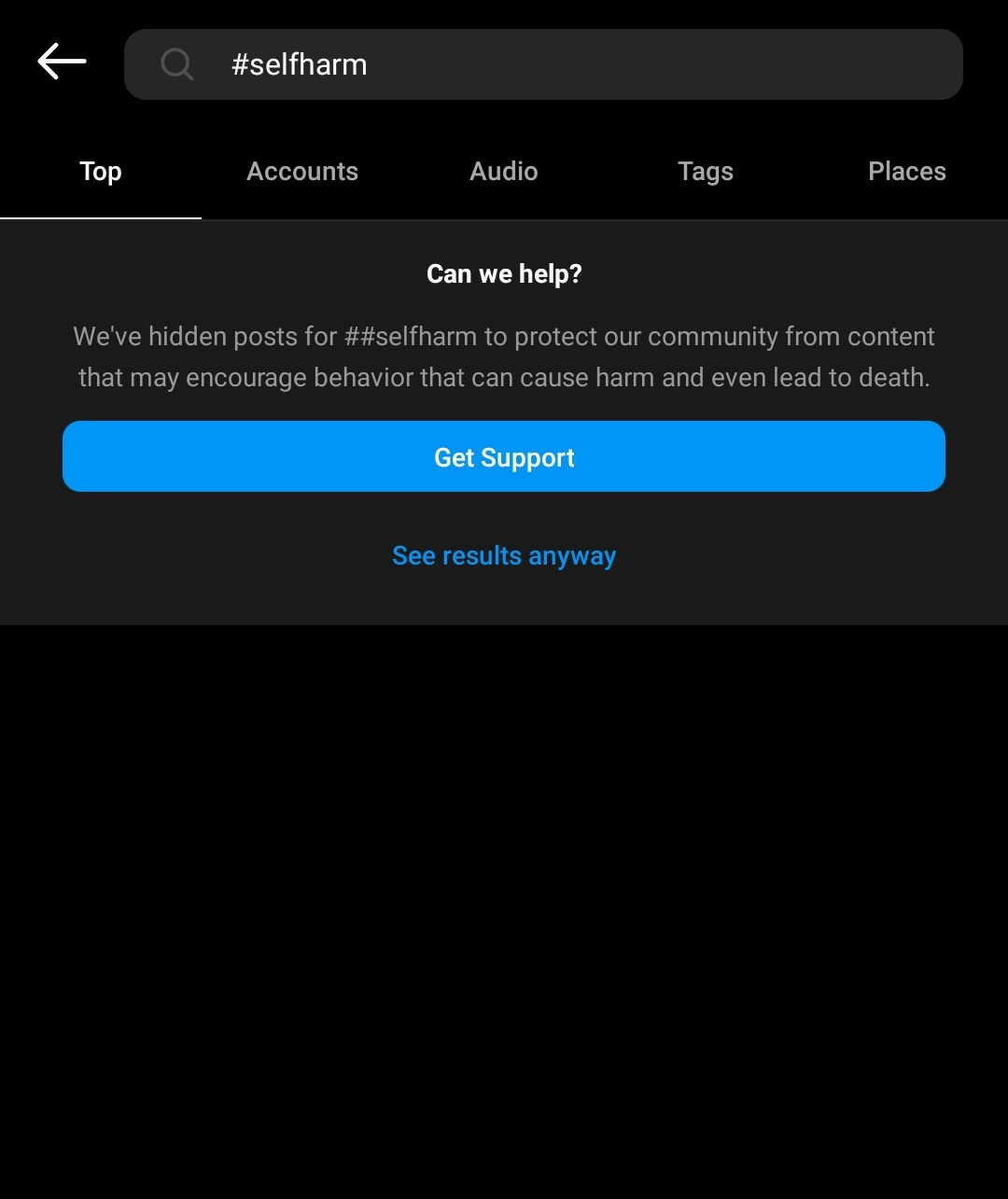 Similarly, any type of slang or vulgar words is also listed under the Instagram-banned hashtags. This is done for very obvious reasons as it may lead to many further sensitive content that might not be appropriate for the good image of the internet and Instagram.

Now that you have a brief idea of why Instagram bans hashtags, let’s now have a look at all the banned Instagram hashtags.

There are many banned Instagram hashtags that you should avoid using. So, we’ll be listing them alphabetically below.

What happens if I use a banned hashtag?

If you use one of these Instagram-banned hashtags for your posts, your posts won’t be shown to your audience. But they can still see your post with the banned hashtag if they open your profile or a post link.

Instagram users can also see your post with the banned hashtags if they scroll through the search page results from the explore tab. When they search for the hashtag on the search bar, some posts might appear.

However, you will get a similar message just above the top posts of the search results. 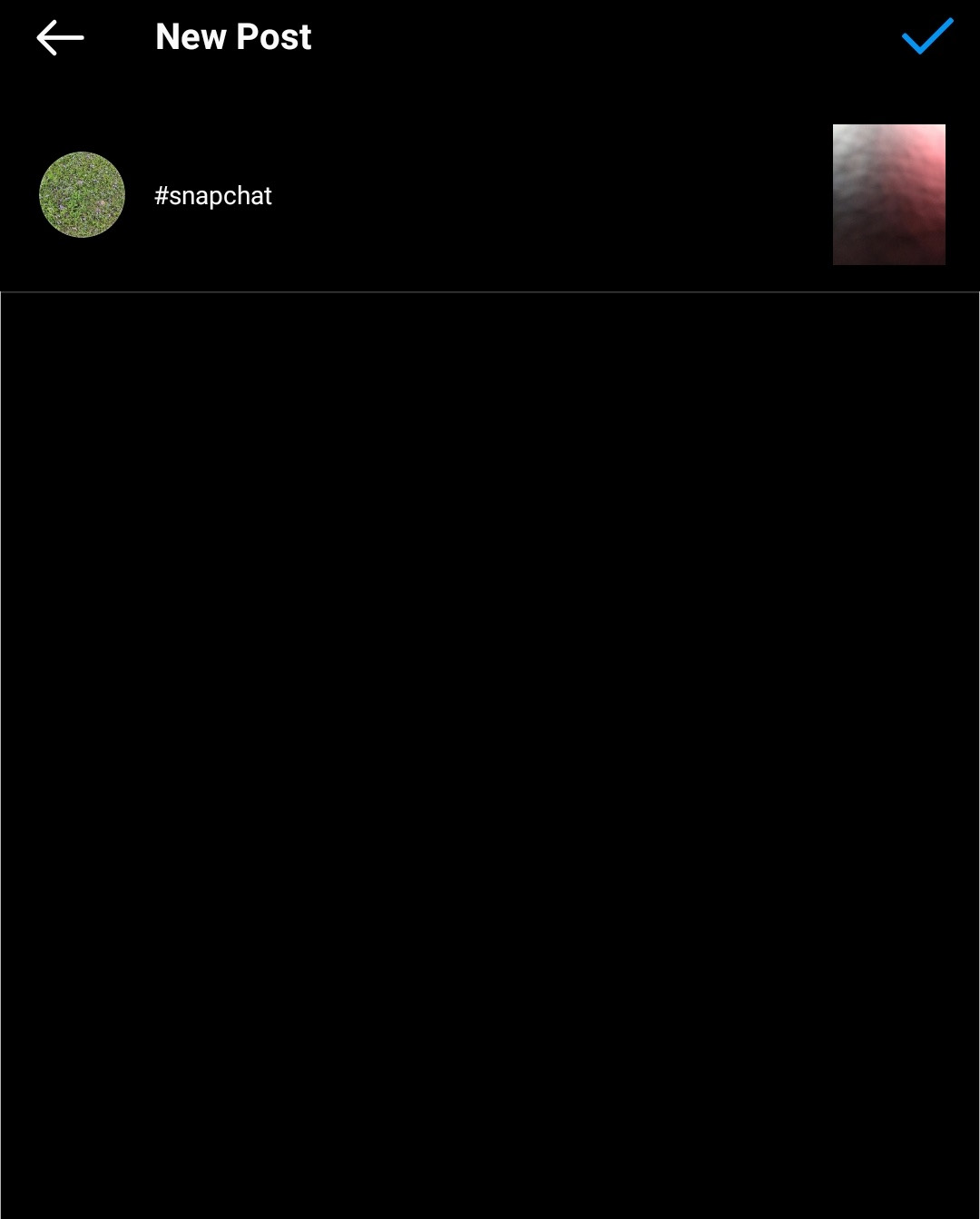 As a result, you won’t be gaining any new followers as the Instagram shadowban will prevent showing your content to other users except your followers. This can really hurt your Instagram growth as there won’t be any genuine audience for your content except maybe some bot accounts.

If you continue sharing content by using banned hashtags for multiple posts, Instagram’s algorithm may also detect it and can punish you further. This may also lead to a permanent account ban on your Instagram profile.

How to Avoid Banned Hashtags

Since using banned hashtags may lead to a permanent ban on your Instagram account, it’s very important that you should avoid using these hashtags. 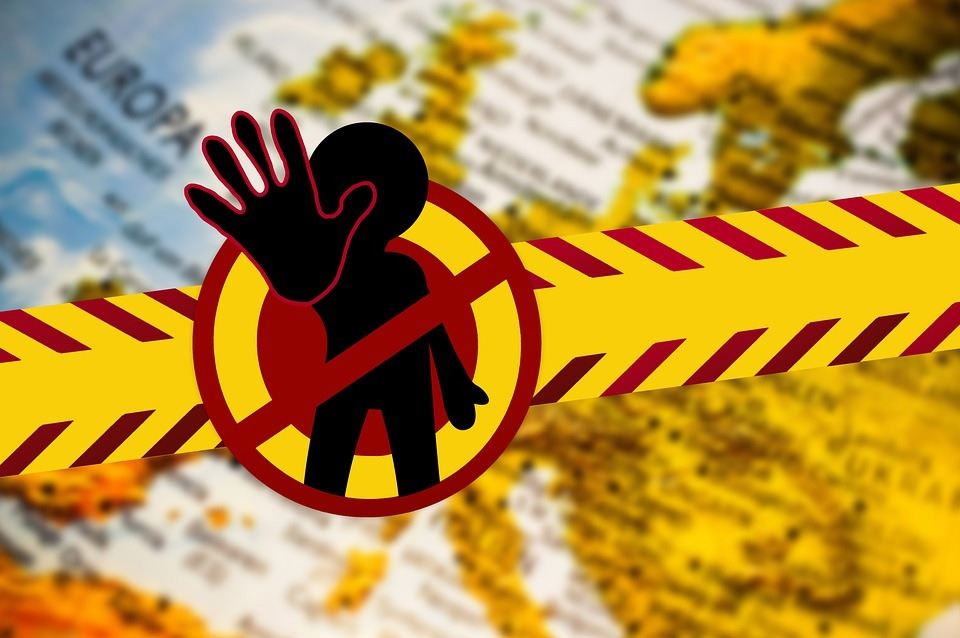 Thankfully, there are some very easy and quick tips to avoid using these banned Instagram hashtags.

We’ve also mentioned some quick tips to help you identify and avoid using a banned Instagram hashtag. If implemented accurately, these points will surely help you to grow the reach of your Instagram presence by using proper hashtags.

And since hashtag marketing is very effective on Instagram, it’s really important that you use it correctly. 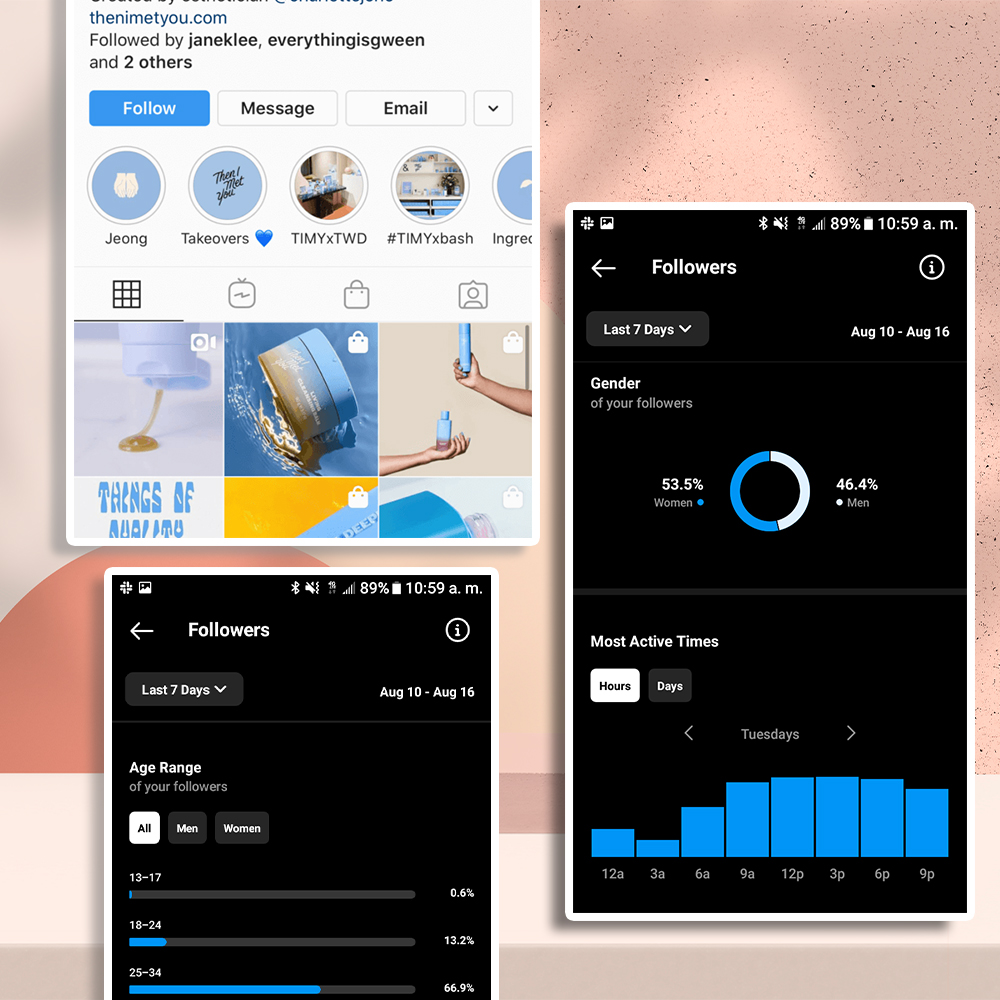 We are not affiliated, associated, authorized, endorsed by, or in any way officially connected with Facebook, Inc., or any of its subsidiaries.